We now have online ePayment!
Click to pay your bill.
x
Virtual visits only: All School Based Centers
x
All locations are open normal business hours.
x
1
Due to the boil advisory, the dental department will only see patients in case of an emergency.
x
Telehealth (Virtual) appointments are available. Please call (901)842-3160
x
All medical, dental, and pharmacy locations are CLOSED for in-person services on Feb. 17-19.
x
FREE COVID-19 vaccines and boosters. Text “vaccine” to 91999 to pre-register.
SIGN UP NOW
x
Christ Community to open appointment-only COVID-19 test site.
Learn More
x
7

Task Force Aims to Test 1,000 a Day, Whether They Can Pay or Not

The plan seeks to test 1,000 people a day at “safety-net” clinics, mobile testing facilities, and added Tiger Lane-style sites for the next six months, then transition to primary and urgent care settings by November.

The expanded testing would be phased in, starting with all who are showing symptoms of COVID-19, regardless of whether they have insurance or other means to pay.

“The goal isn’t so much to expand the volume of testing but the equity of testing, both demographically and geographically,” said Jenny Bartlett-Prescott, chief operating officer of Church Health who is leading the task force’s testing subgroup.

The task force plans to use data collected by the health department that breaks down those who have tested positive for COVID-19 by race, gender, age and ZIP code. Mobile testing sites would be dispatched where more testing is needed.

In the second phase, testing would expand to all healthcare workers, first responders, and staff and residents of homeless shelters, nursing homes/assisted living facilities, large housing complexes, and other high-density populations, regardless of whether they are symptomatic.

The third phase would involve serological testing, so-called “immunity testing,” that could identify those with immunity to the virus. That would allow healthcare workers, first responders, and other essential workers who are no longer at risk to return to work sooner.

Local health officials believe ramped-up testing is vital for lessening the current wave of coronavirus and the next one.

”We need a greatly expanded team for identifying cases and contact tracing,” Dr. Jon McCullers, a task force member and dean of clinical affairs at UTHSC, said in a symposium Monday. “That hopefully will allow us to navigate additional waves without shutting down the economy.”

The task force is working to overcome a number of hurdles to widely expanded testing in Shelby County.

Operating drive-up testing sites like the one at Tiger Lane will cost up to $150,000 a month, officials said.

Christ Community’s Third Street drive-thru location increased its COVID-19 testing capacity to 200 a day on Monday. It has been testing 50-75 people a day by appointment.

The nonprofit health organization is working with churches and others to begin testing as soon as possible in Hickory Hill and Frayser/Raleigh.

Memphis Health Center on Crump, Tri-State on Knight Arnold, Case Management on Alice, and the Healing Center on Tchulahoma hope to begin testing on Friday, April 10.

UTHSC and the county health department hope to open two new Tiger Lane-style testing stations like the one now being operated at the Fairgrounds.

One possible new site would be at old Georgia Avenue Elementary. The goal is to provide 150 tests a day at each site.

UTHSC would continue to support pre-test screening and scheduling to sites, lab processing, and post-test notification of negative and positive results to individuals.

UTHSC and the county are working to identify people to staff those sites.

The task force is working with the health department, local hospitals, and “safety net” clinics to provide mobile testing at sites in particularly vulnerable high-density communities.

They would include special testing events targeted to specific neighborhoods or populations, based on data that shows “holes” in testing. The Memphis and Shelby County Fire Departments are involved in those plans.

Task force members also are working with local hospitals to test all high-risk front-line healthcare workers such as EMTs, ER doctors, nurses, pulmonologists, and other specialists.

In addition, they want all health workers in nursing home and assisted living facilities to be tested for COVID-19.

The task force hopes to enlist the Memphis Society to take the lead on expanding coronavirus testing at private medical practices across the community.

“We know that certain areas and populations in our county are going to be harder hit than others, simply because of a lack of resources, lack of ability to do social distancing, lack of access to care, higher ratios of underlying health conditions, and so on,” Strom said. “We need more testing.” 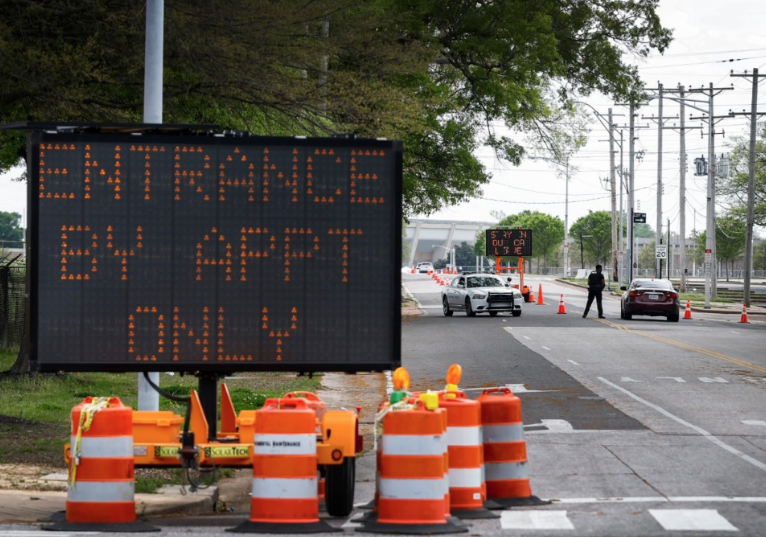 Help us provide care to our communities.
Give Now →